Scientists have observed a worldwide decline in sperm quality, which is a measure of sperm count, motility, structure, and DNA integrity. Left unchecked, this epidemic could spell massive reductions in the human fertility rate, especially in the industrialized nations where the problem is most acute. Around 40% of infertile men have high levels of free radicals in their semen. This may be due to exposure to environmental toxins, poor diet and unhealthy lifestyle habits such as smoking cigarettes. Sperm also produce high quantities of free radicals as they work hard to traverse the many challenges along their journey to the awaiting egg. It takes a lot of energy to reach the egg. To resolve all of these male factors using a medical approach would require multiple medications—many of them unproven and with substantial side effects. Because of that, women are still the ones who undergo fertility treatments in order to allow men with poor sperm quality to father children—even if they’re not the underlying cause of the problem. However, none of that may be necessary. Many studies have demonstrated that this combination having L-Camitine and Coenzyme Q10 alongwith Astaxanthin, Zinc and Lycopene have a direct impact on sperm quality, potentially avoiding the need for expensive drugs or invasive procedures.

This combination is useful in improving sperms quality by:

Coenzyme Q10 is a vitamin-like substance that is produced naturally by the body It is present in the membrane of almost every cell in the body and is required for mitochondria! ATP synthesis, which is responsible for creating cellular energy. Scientists believe CoQ10 functions as an antioxidant that blocks actions that can damage cells. Coenzyme Q10 [(CoC10) also commonly called ubiquinone] is present in well-measurable levels in human seminal fluid, where it probably exerts important metabolic and antioxidant functions; seminal CoQ10 concentrations show a direct correlation with seminal parameters (count and motility). Active form of coenzyme Q10 Ubiquinol in the cell membrane may help reduce cell and DNA damage caused by free radicals, which has been shown to reduce blood pressure and improve sperm health and in turn embryo quality. As we age, the ability of the body to produce and metabolize ubiquinone to Ubiquinol declines. In turn so do energy levels and cellular health. CoQ10 deficiency may lead to not only damaged DNA within the sperm, but low levels affect the ability of sperm to swim, known as motility. Ubiquinol supplementation has a twofold support system for sperm health, one it is protective and second it supports motility by increasing cellular energy. The higher the blood levels of CoQ10, the greater the sperm’s ability to be strong swimmers. Defective sperm function in infertile men has been shown to be directly associated with increased free radical stress. This is where Ubiquinol supplementation may greatly help to protect sperm health, as well as the health of all the cells that make up the reproductive organs, and the entire body.

Sperm cells have to travel farther than any other single human cell—and they need a tremendous amount of energy in order to make the trek. That’s what makes carnitine such a vital nutrient for men with poor sperm quality. Camitine is a vital transporter molecule whose function is to carry high-energy fat compounds into mitochondria, where they are “burned” to release their energy. This helps give sperm the boost they need if they are going to have a chance at fertilizing an egg. This is important because weakly-swimming sperm (asthenozoospermia) is one of the most important reasons for male factor infertility. Supplementation with L-camitine has proven benefits on sperm quality. It increases sperm count, motility, straight-swimming ability, as well as total normal sperm forms.

Oxidative stress affects the sperm of men in two different ways: (I) Oxidative stress damages the cell membrane of sperm, which could decrease sperm motility and its ability to connect with an oocyte. (H) Oxidative stress causes damage to the DNA of sperm. This could increase the chance of passing along damaged DNA from the man. Your body has many different ways to protect sperm from oxidative stress. According to clinical research, albumin found in sperm has the potential to block free radicals, which prevents them from reaching the sperm. Also, sperm DNA is tightly covered by a protective protein. And this layer can protect the DNA in your sperm, suggests research, which could prevent damage from occurring to your sperms DNA. However, infertile men could be deficient in this protein, possibly leaving the DNA exposed to reactive oxygen species. One powerful antioxidant, Astaxanthin (a carotenoid extracted from the algae Hematococcus pluvialis), has been shown in research to reduce free radical damage associated with male infertility and significantly increase the sperm’s motility and speed.

Zinc deficiency is associated with poor sperm quality resulting from increased oxidant stress in seminal plasma, the liquid portion of semen that is responsible for maintaining sperm cells in a healthy state. Depletion of zinc also reduces the volume of semen produced. Studies in both animal models and humans demonstrate significant improvements in sperm quality following zinc supplementation, especially in cases of known infertility. Supplementation increases sperm counts, mobility, and fertilizing capacity, and decreases levels of DNA damage, structural abnormalities in sperm, and levels of antibodies to sperm that can impair sperm quality. The benefits of zinc supplementation are especially prominent in smokers, whose total body oxidant levels are vastly higher than those of nonsmokers. In addition, smokers accumulate toxic levels of another metal element, cadmium, which accumulates in testicular tissue and further adds to oxidant stress. These effects produce substantial losses of sperm quality and fertility in smokers. Studies show that zinc supplementation reduces the impact of cadmium toxicity and boosts sperm quality in smokers.

Lycopene is a natural, plant-derived carotenoid pigment that provides the red color of tomatoes, watermelon, and other fruits. It has powerful antioxidant characteristics and is involved in a variety of other cellular activities as well. Low intake of lycopene in the diet is associated with poor semen quality and male factor infertility. However, supplementing with lycopene has been shown to reverse some or all of that damage. Another way lycopene enhances sperm quality is by reducing the impact of advanced glycation endproducts (AGEs), the dangerous sugar/protein structures that form over a lifetime of exposure to blood glucose.

Insufficient Evidence to Rate Effectiveness for…

More evidence is needed to rate coenzyme Q-10 for these uses.

Coenzyme Q-10 is LIKELY SAFE for most adults when taken by mouth or when applied directly to the gums. While most people tolerate coenzyme Q-10 well, it can cause some mild side effects including stomach upset, loss of appetite, nausea, vomiting, and diarrhea. It can cause allergic skin rashes in some people. It also might lower blood pressure, so check your blood pressure carefully if you have very low blood pressure. Dividing the total daily dose by taking smaller amounts two or three times a day instead of a large amount all at once can help reduce side effects.

Coenzyme Q-10 is POSSIBLY SAFE for children when taken by mouth. However, coenzyme Q-10 should not be used in children without medical supervision. 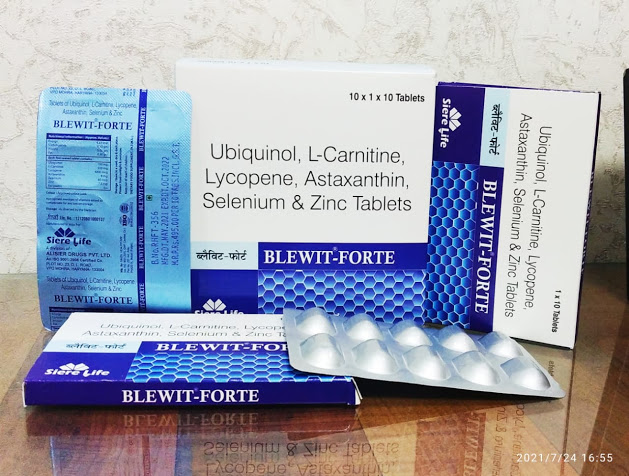